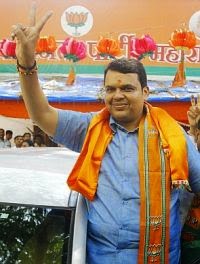 Yesterday, senior leader Khadse, too, threw his hat into the ring saying that voters want a CM from north Maharashtra.

Our heart is open: BJP :

Shiv Sena is our old alliance, they should be open to show their cards and state what they want. BJP 's heart is open: Raosaheb Danve, BJP 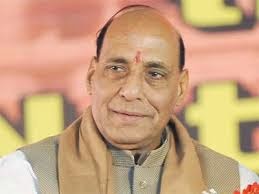 An update on what is happening about the government formation in Maharashtra. BJP general secretary Om Mathur, who was the election in-charge for Maharashtra, says that the leader of the legislative party will be elected and will meet the Maharashtra Governor C Vidyasagar Rao to stake claim for forming Govt.

BJP senior leader Rajiv Pratap Rudy adds that the party is confident that the new Maharashtra CM will take oath by 31st October.

The BJP MLAs will gather at party's state headquarters at Nariman Point at 11 am and then proceed towards the Inox square near Vidhan Bhavan where they will pay tributes to Chhatrapati Shivaji Maharaj.

Home minister Rajnath Singh has already left for Mumbai. He said, "The BJP is ready to form the next government. The BJP legislature party will elect its  leader this evening.",