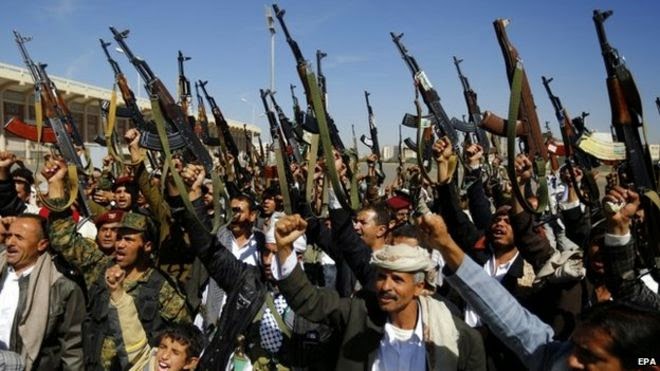 In recent months Yemen has descended into conflicts between several different groups, pushing the country "to the edge of civil war", according to the UN's special adviser.
The main fight is between forces loyal to the beleaguered President, Abdrabbuh Mansour Hadi, and those allied to Zaidi Shia rebels known as Houthis, who forced Mr Hadi to flee the capital Sanaa in February.
Yemen's security forces have split loyalties, with some units backing Mr Hadi, and others the Houthis and Mr Hadi's predecessor Ali Abdullah Saleh, who has remained politically influential. Mr Hadi is also supported in the predominantly Sunni south of the country by militia known as Popular Resistance Committees and local tribesmen.
Both President Hadi and the Houthis are opposed by al-Qaeda in the Arabian Peninsula (AQAP), which has staged numerous deadly attacks from its strongholds in the south and south-east.
The picture is further complicated by the emergence in late 2014 of a Yemen affiliate of the jihadist group Islamic State, which seeks to eclipse AQAP and claims it carried out a series of suicide bombings in Sanaa in March 2015.
After rebel forces closed in on the president's southern stronghold of Aden in late March, a coalition led by Saudi Arabia responded to a request by Mr Hadi to intervene and launched air strikes on Houthi targets. The coalition comprises five Gulf Arab states and Jordan, Egypt, Morocco and Sudan.
Why does it matter for the rest of the world? 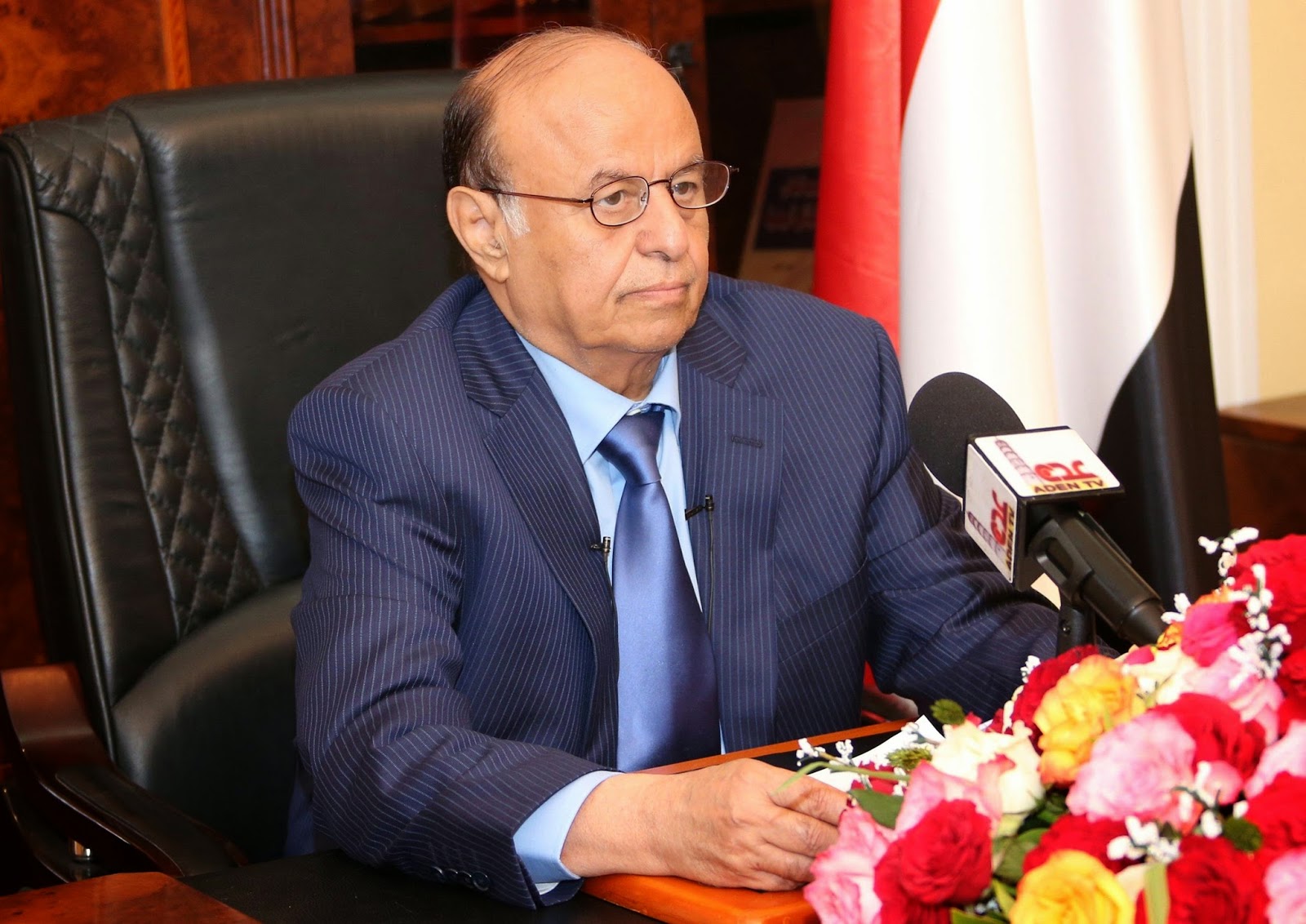 What happens in Yemen can greatly exacerbate regional tensions. It also worries the West because of the threat of attacks emanating from the country as it becomes more unstable.
Western intelligence agencies consider AQAP the most dangerous branch of al-Qaeda because of its technical expertise and global reach. The US has been carrying out operations, including drone strikes, against AQAP in Yemen with President Hadi's co-operation, but the Houthis' advance has meant the US campaign has been scaled back.
The conflict between the Houthis and the elected government is also seen as part of a regional power struggle between Shia-ruled Iran and Sunni-ruled Saudi Arabia, which shares a long border with Yemen.
Gulf Arab states have accused Iran of backing the Houthis financially and militarily, though Iran has denied this, and they are themselves backers of President Hadi.
Yemen is strategically important because it sits on the Bab al-Mandab strait, a narrow waterway linking the Red Sea with the Gulf of Aden, through which much of the world's oil shipments pass. Egypt and Saudi Arabia fear a Houthi takeover would threaten free passage through the strait.
How did it all get out of control? 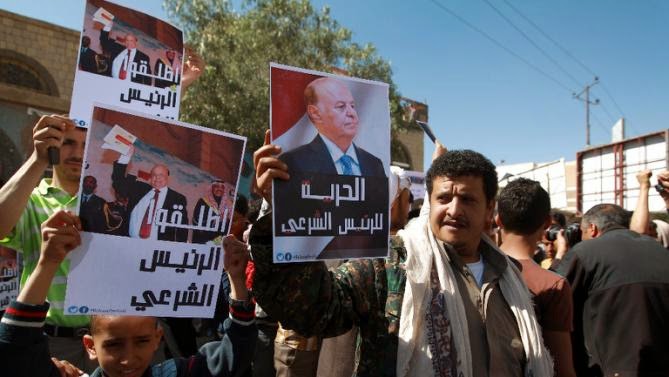 In short, after months of tightening their hold, the Houthis have formally seized power. In January, the group said it would dissolve parliament and announced plans for a new interim assembly and five-member presidential council, which would rule for up to two years.
The move filled a political vacuum which had existed since President Hadi, the prime minister and cabinet resigned earlier that month after the Houthis placed President Hadi under house arrest and detained other leading figures.
But the Houthis are minority Shia from the north, and their declaration has not been recognised by Sunni tribesmen and southern leaders, threatening Yemen with a further descent into chaos.
President Hadi, who is recognised as Yemen's legitimate leader by the international community, managed to escape to Aden, which he declared the de facto capital.
Who are the Houthis? 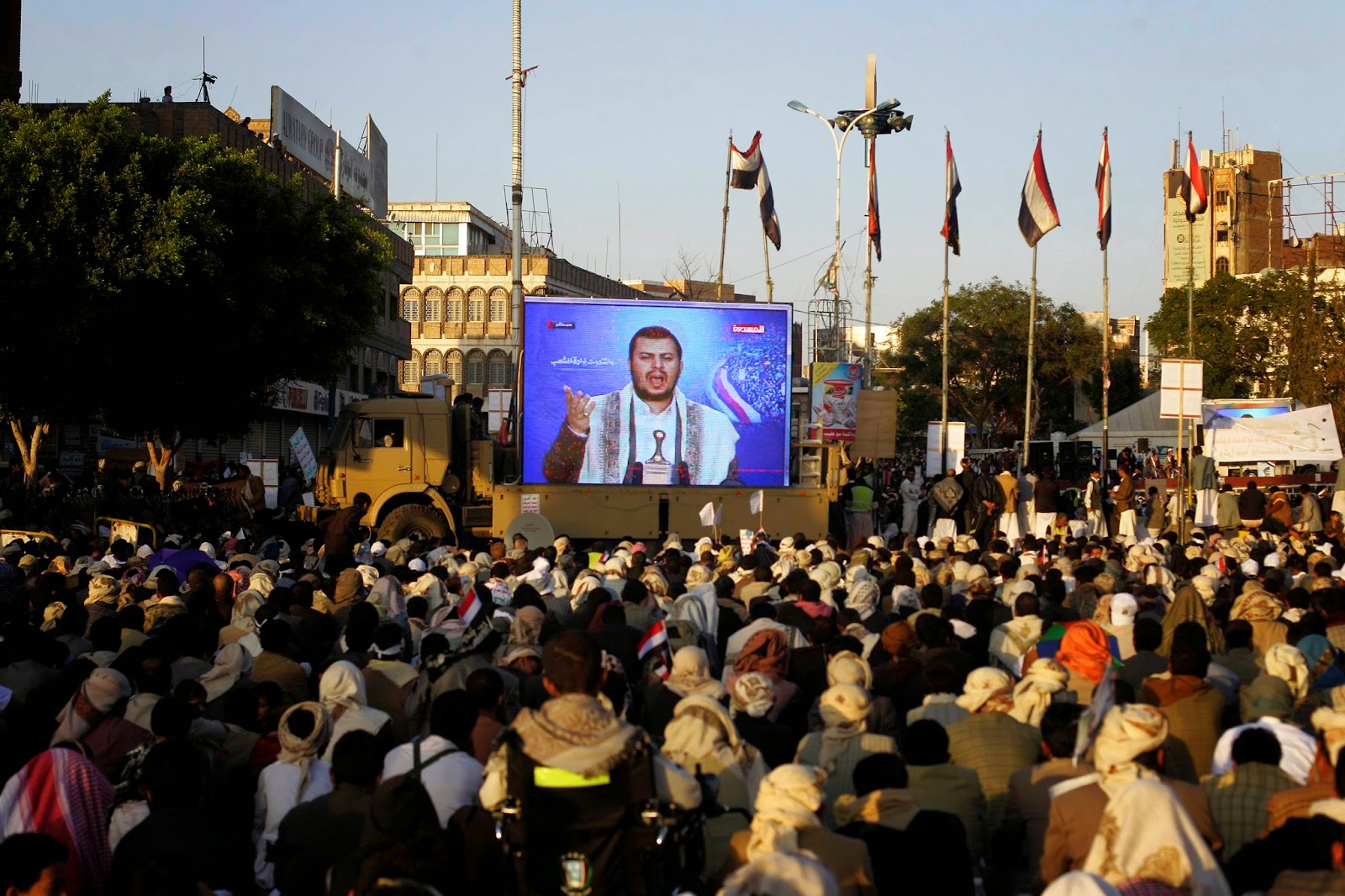 The Houthis are members of a rebel group, also known as Ansar Allah (Partisans of God), who adhere to a branch of Shia Islam known as Zaidism. Zaidis make up one-third of the population and ruled North Yemen under a system known as the imamate for almost 1,000 years until 1962.
The Houthis take their name from Hussein Badr al-Din al-Houthi. He led the group's first uprising in 2004 in an effort to win greater autonomy for their heartland of Saada province, and also to protect Zaidi religious and cultural traditions from perceived encroachment by Sunni Islamists.
After Houthi was killed by the Yemeni military in late 2004, his family took charge and led another five rebellions before a ceasefire was signed with the government in 2010.

In 2011, the Houthis joined the protests against then President Saleh and took advantage of the power vacuum to expand their territorial control in Saada and neighbouring Amran province.
They subsequently participated in a National Dialogue Conference (NDC), which led to President Hadi announcing plans in February 2014 for Yemen to become a federation of six regions.
The Houthis however opposed the plan, which they said would leave them weakened.
Why is Yemen so unstable?
In recent years Yemen has seen violent conflicts largely caused by underlying problems of unequal access to power and resources.
There have been six rounds of fighting between the state and the Houthis in the north; separatist unrest in the south; frequent attacks by AQAP; and power struggles between tribal and military factions.
For much of the 20th Century, Yemen existed as two separate countries - the Yemen Arab Republic (YAR) in the north and the People's Democratic Republic of Yemen (PDRY) in the south. In 1990, the countries chose to unify and create the Republic of Yemen. However, southerners soon began complaining of political and economic marginalisation by the government in Sanaa, and fought a civil war in 1994 in a failed attempt to reverse the unification.
Instability and large-scale displacement, as well as weak governance, corruption, resource depletion and poor infrastructure, have hindered development in the poorest country in the Middle East.
read more ...........