The cabinet will decide on dates to hold a special session to prove majority. Fadnavis heads a minority government and has to prove his strength on the floor of the assembly within 15 days.

The BJP is in talks with the Shiv Sena to renew the 25-year alliance they broke in September. The NCP has offered external support to the BJP.

The Shiv Sena give a message for Maharashtra's new chief minister as he takes charge today. 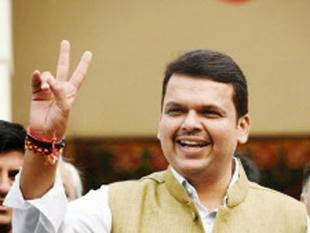 taking people for granted and asked him to fulfill the  expectations of the common man.

The new government is like a newly-wed woman who initially pleases her mother-in-law. In this case the mother- in-law is the people of Maharashtra. You cannot take people for granted. They have the power to pull your ears, shiv in Saamana (Their news Paper) said today.

This is the first lesson the new government will have to learn, the Sena said, who parted ways on September 25, month ahead of the assembly polls, which saw BJP emerging as the single largest party in the state.

The Maharashtra governor had given the BJP 15 days to hold a trust vote. The BJP has 123 seats; it needs 22 more to win the vote. The Sena has 63.

The NCP has offered external support to the BJP, but the latter will be wary to accept or count on it. 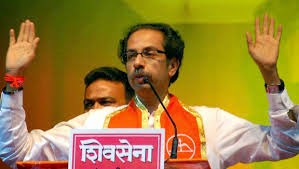 As the governor had given the new BJP government 15 days to hold a trust vote. Its the deadline expires on November 15. Shiv Sena has too demanded an answer from BJP for the ties.