Prime Minister Narendra Modi on Monday dedicated the warm welcome, respect and enthusiasm he received at the Allphones Arena in Olympic Park in Sydney to the 1.25 billion people of India. 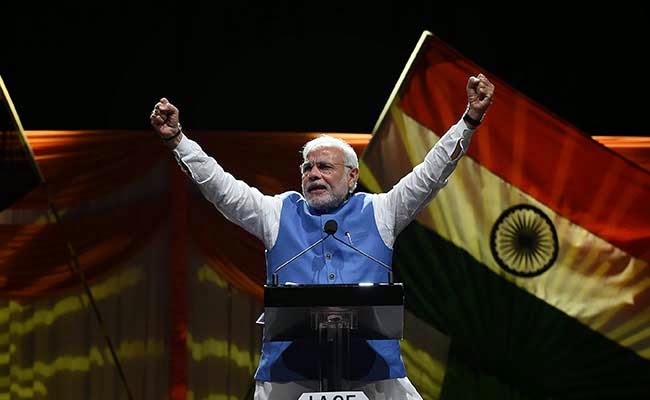 The Prime Minister said, "This Respect, Welcome, Enthusiasm, I dedicate it to the people of India". These incredible scenes and this massive reception in Sydney will induce India.

In what seemed like a repeat of the rock star reception he received at the Madison Square Garden arena in New York, Prime Minister Modi was greeted by wild applause and cheering from a 16,000 strong-crowd throughout his speech.

The prime minister also referred to economic reforms unveiled by his government and said India has become an attractive destination for investment.
He said FDI in Railways has been hiked to 100 per cent and hoped that Australian companies will invest in creating rail infrastructure in the country 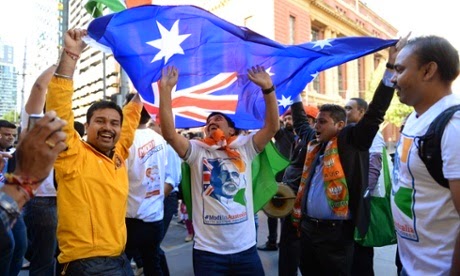 Modi assured a visa on arrival facility for Australian tourists. Modi also tweets at the previous governments saying while “they were happy to make laws & I am happier to remove them”& said "Let's open the windows let fresh air come in," referring to his government's efforts to weed out obsolete laws.
Prime Minister Modi pointed out that although it takes just one day to come to Australia, it had taken an Indian prime minister 28 long years to arrive, and promised that it would never happen again. "Leave at night and you'll reach Australia in the morning. But it took 28 years for the PM of India to come here. My friends in Australia, he pointed out I assure you... you won't have to wait for 28 more years for such a visit to take place. 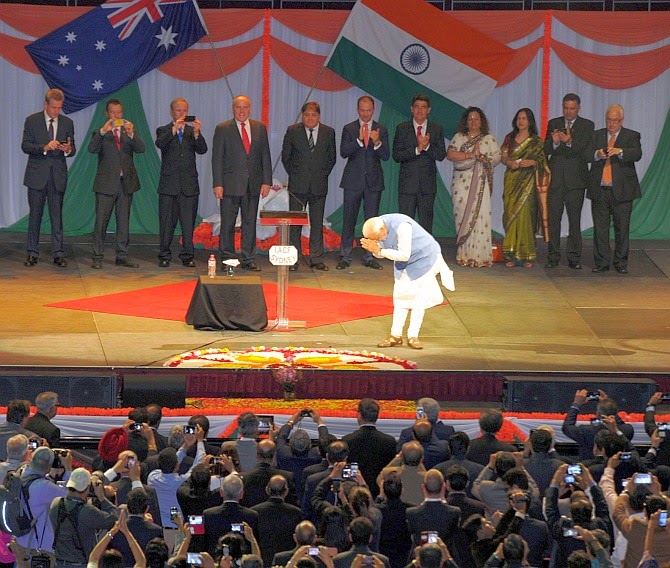 Modi said "Sydney is a beautiful city. Australia is a beautiful country. Neither Australia nor India can live without cricket. Cricket has joined us, but before that, we had a cultural history that had linked us. Australia and India share common values, democracy.
"The world looks at democratic countries with pride. Had it not been for a democracy would I be here? Let's understand this strength of our democracy," Modi added.
Modi also said "We must pledge that we will live for the country and we will struggle for the country. We did not get the opportunity to die for the nation or spend our youth in jail. But we can surely live for the nation, that is something that everyone has the opportunity to do.