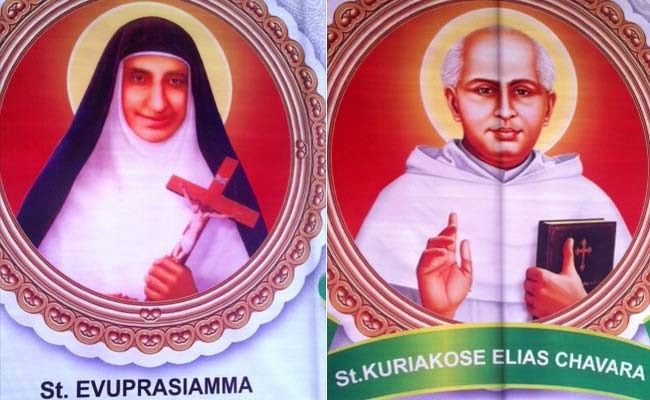 In a jubilant moment for the Christian community in India, Father Kuriakose Elias Chavara and Sister Euphrasia from Kerala have been declared saints by the Vatican at St Peter's Square in Vatican City.

Kuriakose Elias Chavara been started a special school for the weaker sections while Euphrasia was known as a 'praying mother' and a saint among nuns.

She was born in 1877 at Katoor in Thrissur district in a rich family, and was known as Rose before becoming a nun. She joined the CMC and became a nun in 1898, and took the name Euphrasia.

Both of them have earned the title of 'Venerable'.