One of Skyscraper in Dubai The Torch Tower Catches Fire....

The fire began on the 50th floor of Torch Tower on Saturday morning.... 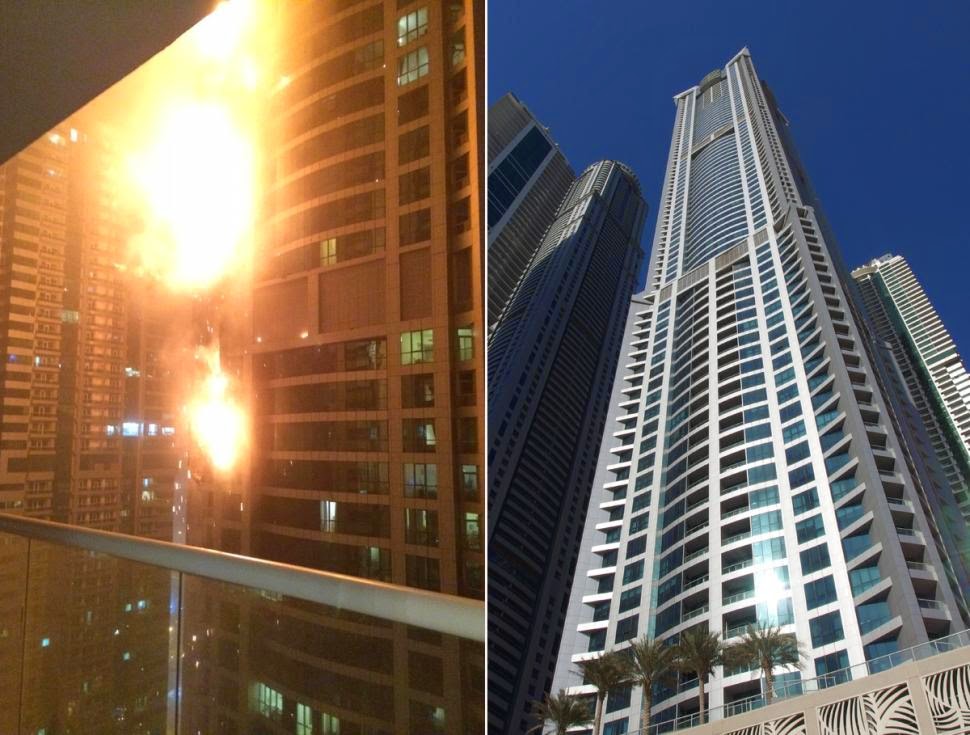 No casualties have been reported in the mishap ...

The tower is one of the tallest residential building in the world. The tower reaches 336.1 m (1105 ft) in height with 79 floors above ground. "This building has been plagued since opening with false fire alarms on an almost daily basis. I personally had threatened to call the civil defence on many occasions but was constantly fobbed off by the building management," Digby Taylor, head of operations at GN Broadcasting was quoted as saying by the newspaper.

Hundreds of people were evacuated from the building .... 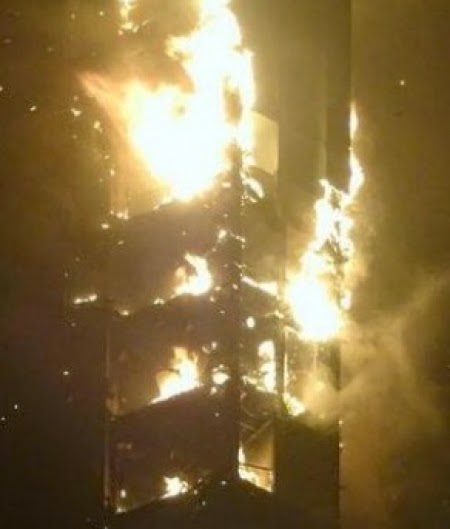 The roads in Marina north were closed and the debris from the fire cluttered on nearby areas. Multiple fire trucks and police vehicles were on the scene. "It's like the titanic going down. The biggest danger is molten glass falling," a witness said.
Thousands of people have been evacuated and the fire is getting worse, according to witnesses. Chunks of masonry on fire are falling. The Marina area is home to dozens of towering apartment blocks and hotels. All near by building are closed & people taken out for safety purpose..
read more .............
Posted by Unknown at 01:16