Colonel Killed by Terrorist in Kashmir Given Tearful Farewell .. 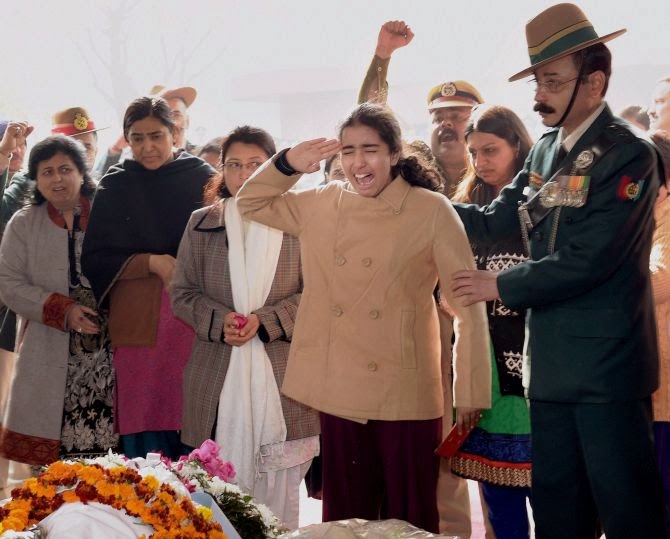 The 39-year-old brave officer was also given a gun salute. His pyre was lighted by the elder brother Col D N Rai, who is also from the Gorkha Rifles.The daughter of Col MN Rai cries and she salutes to pay her last respect to his father. Members of his regiment and Rashtriya Rifles unit were also present along with top officers from the army headquarters.
Colonel M N Rai lost his life fighting terrorists in Jammu and Kashmir’s Tral on January 27, just a day after being awarded Yudh Seva Medal.
The daughter, wife and father of Col MN Rai were present for the last rites inhis cremation.
Army Chief awarded Yudh Seva Medal on January 26! 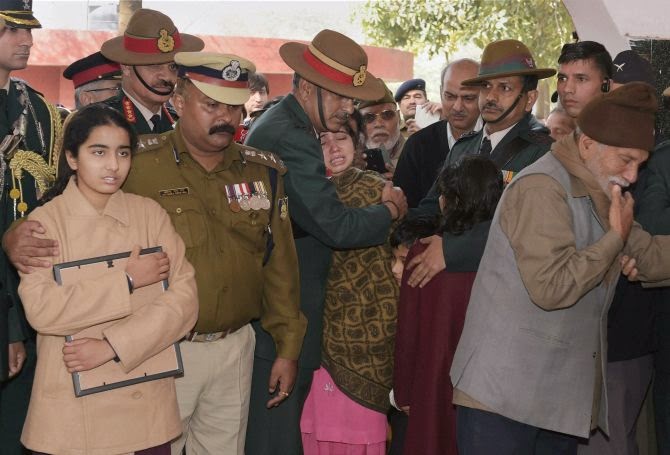 Army chief said: “He was a very brave officer and he had been awarded Yudh Seva Medal on January 26. And it is an example of leadership that the moment he got information about two terrorists in that area, he immediately went in.”


Rai, the highest-ranking military officer to be killed in the region in nearly a year, was killed along with one policeman Head Constable Sanjeev Singh of the Jammu and Kashmir Police Special Operations Group in a gun battle with Hiz-bul-Mujahideen terrorists. Two terrorists were killed in the encounter.
read more ........
Posted by Unknown at 05:31