Terrorist Attack in Paris: Gunmen Kills 11 at Paris magazine for tweeting this pic of ISIS Boss.. 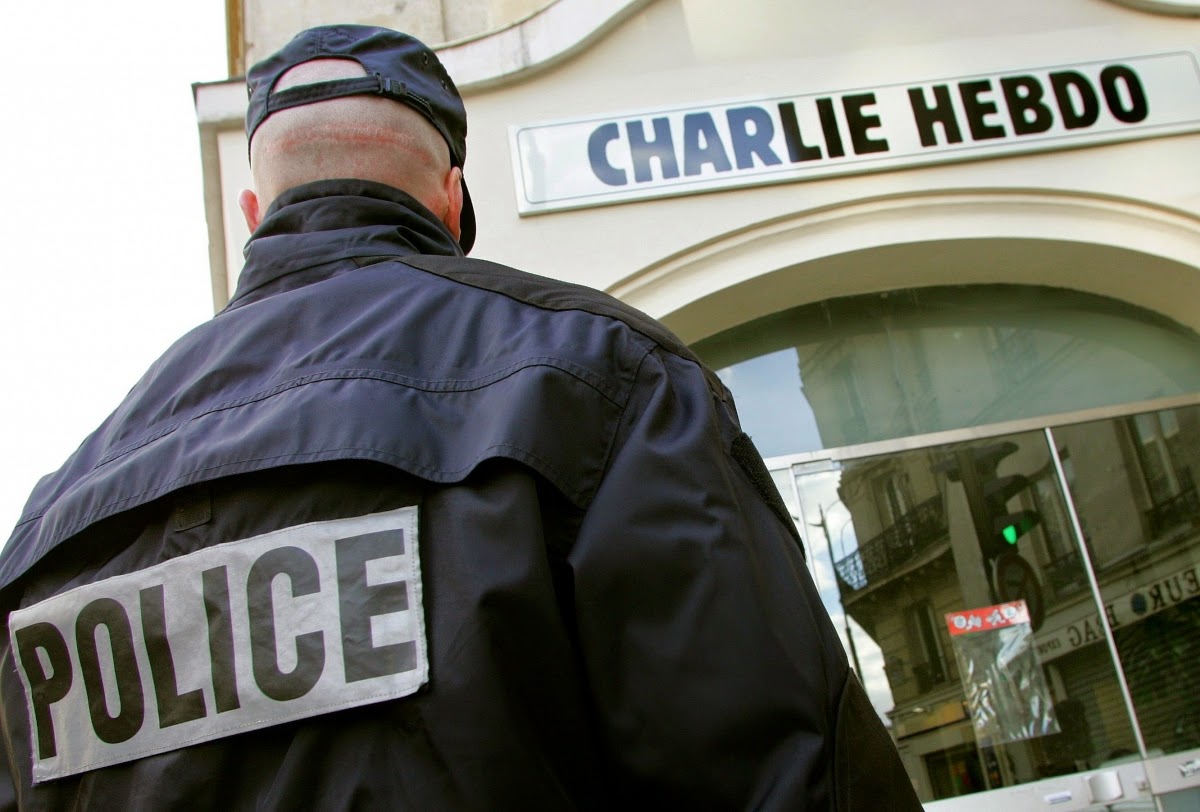 Gunman Attack on the French satirical magazine Charlie Hebdo Newspaper Office in Paris has left 11 dead including one journlist.

The French satirical magazine weekly has courted controversy in the past with its depiction of news and current affairs. Its latest tweet was a cartoon of the Islamic State militant group leader, Abu Bakr al-Baghdadi

According to report: A witnesses spoke of sustained gunfire at the Hebdo office. One of the two attackers opened fire with Kalashnikov assault rifles.

According to one of witness, Suspect is believed to be white & Clean shaved, Age around 40, wearing a khaki jacket and green trainers. The suspect hijacked a car nearby and forced the driver to drop him on the Champs-Elysees Avenue in central Paris, Driver told police, suspect shouted "I've escaped from prison, take me to the Champs Elysees" The driver is also reported that gunman was carrying grenades.

About French satirical magazine Charlie Hebdo
The Charlie Hebdo magazine is based in Paris's 11th province. The latest tweet published by the magazine's official twitter account appeared to be a cartoon of Abu Baghdadi, the leader of Islamic State of Iraq & Syria.

What this week's edition article was about ?

The week edition article published in Charlie Hebdo featured a story about Michel Houellebecq's new novel, which is out in France today. The book is about a Muslim running France according to the laws of saria Islam. Houellebecq's novel, predicts that in 2022 France's mainstream Left and Right club together to back a certain Mohammed Ben Abbes in a second round presidential run-off against Miss Le Pen.