Dera Godman's Movie Messenger of God BANNED By Censor Board 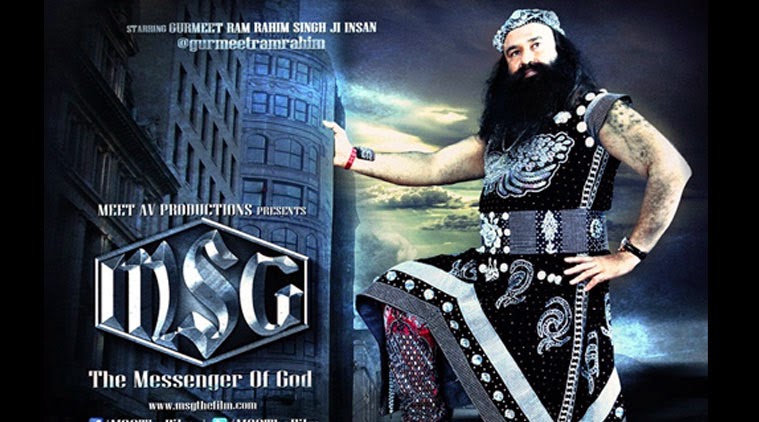 Dera Sacha Sauda chief Gurmeet Ram Rahim Singh Insa's upcoming movie Messenger of God has been Bans By Censor Board for release in the country.

The movie, scheduled to release on January 16, was denied certification after committee members took exception to Ram Rahim Singh, depicting himself as god in the film. The movie has the controversial Dera chief Gurmeet Ram Rahim Singh who is facing cases of sexual abuse and murder -- in the lead role and portrays him as a swashbuckling hero fighting "social evils" in flashy costumes.

While the trailer has already garnered over a million hits on the popular video sharing site, YouTube, the same does not seem to be appealing to the authorities. Most of the board members showed concerns with the actor and Godman Baba Ram Rahim Singh doing miracles and performing acts to cure diseases in the film.

Censor Board' said in their Decision after watching movie !!
"It is highly controversial and can hurt sentiments of people, though in terms of graphics it is an amazing movie," said board member Nandini Sardesai. "If a Batman or a Superman had done these stunts, we would have appreciated it, but he is a public figure and we cannot clear this move, so referring it to a tribunal."

However, the spokesperson for Messenger of God  has strongly condemned the argument saying that the promo of the film clearly shows the Godman mentioning that he is a normal human being. Further, to support his stance, the makers have claimed that Guruji has done what other actors do in a film i.e. fighting the evils of the society.