After Thirty-two years the project was sanctioned, the first indigenously-built Tejas Light Combat Aircraft was on Saturday handed over by Defence Minister Manohar Parrikar to the Indian Air Force, a red letter day for Indian defence and aerospace sector.
The handover signals the start of a process of induction of the fighters being built at home under a project which has already cost the exchequer nearly Rs 8,000 crore.
The entire project by the DRDO and Hindustan Aeronautics Limited is estimated to cost over Rs 30,000 crore. The aircraft that has been handed over has got Initial Operational Clearance-II, which signifies that Tejas is airworthy in different conditions, sources said. The Final Operational Clearance is expected by the year-end.

This version of the aircraft lacks the latest electronic warfare suite, which was integrated into one of the LCAs two weeks ago, mid-air refuelling and long-range missiles
capabilities, among other things that the FOC-configuration aircraft will have.
The IOC-I was granted to the aircraft, being built by state-owned HAL, in January 2011.
The Tejas Series Production-1 (LCA-SP1) was handed over by
Defence Minister Manohar Parrikar to IAF chief Air Marshal Arup Raha, official sources here said.
"It is a big big day for the country," a senior DRDO official said. Incidentally, DRDO chief Avinash Chander, whose contract was terminated by the minister recently with effect from January 31, was not present. The second IOC was granted after the aircraft successfully completed its maiden flight on September 30 last year.
The sources said 20 aircraft will be built by 2017-2018, to make the first squadron of the aircraft. The LCA programme was initiated in 1983 to replace the ageing MiG-21s in IAF's combat fleet but has missed several deadlines due to various reasons. 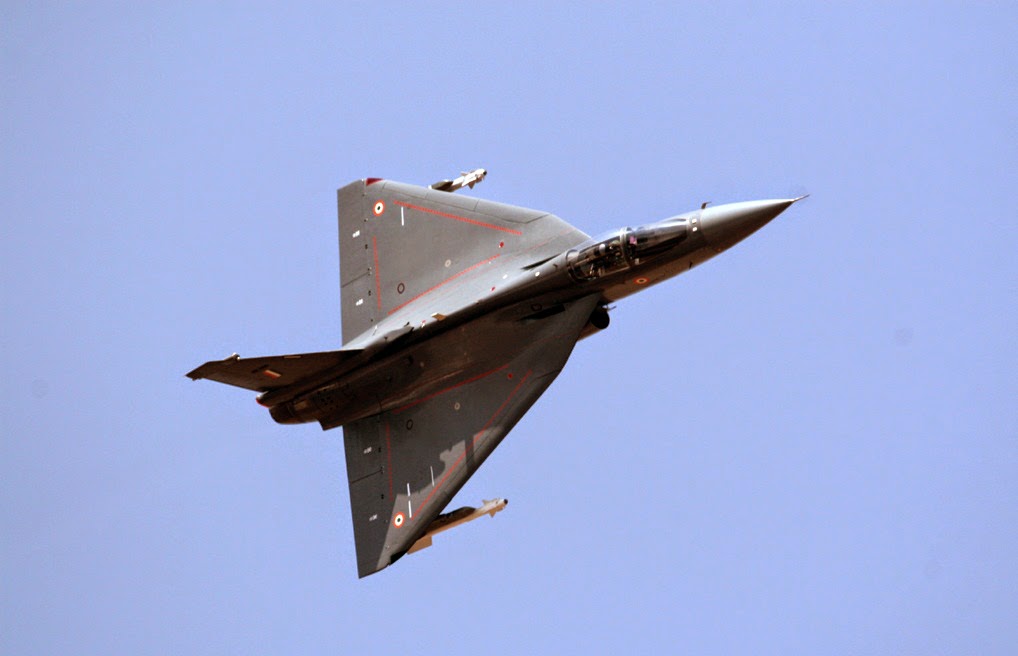 The HAL's LCA Project Group has has been upgraded to a full- fledged division to look after production in a systematic way with more investments. The HAL has carried out thousands of sorties of the LCA and outstation flight trials at Leh, Jamnagar, Jaisalmer,
Uttaralai Gwalior, Pathankot and Goa for cold weather, armament and weapon deliveries, MultiMode Radar, Radar Warning Receiver, hot weather and missile firing flight trials.
Tejas has also successfully demonstrated weapon delivery capability during trials at Jamnagar and Jaisalmer, HAL officials said.
read more.......