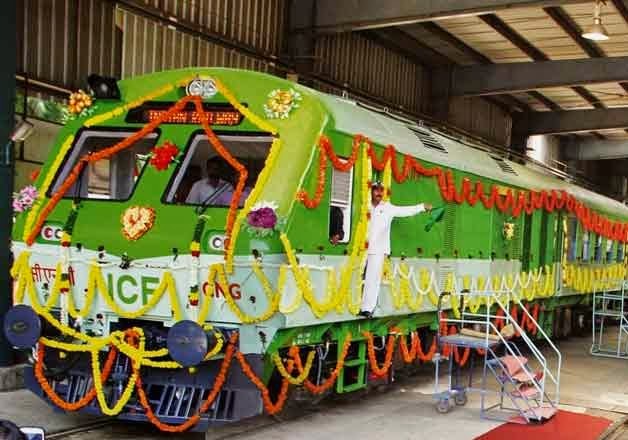 CNG Train Run In route Rewari-Rohtak & too Bikaner!!
Prabhu launched the trains on Rewari-Rohtak and Rewari to Bikaner section.
Prabhu on inauguration of CNG train said, "We should fulfill people's demand. We should keep people away from hardship. That is why we have flagged of two trains for different destinations."
The Indian railway plans to start more such trains on other routes in due course to reduce diesel consumption. Yes, this is the first CNG-based train of the country," said an Indian railway official, Virender Singh Verma.
The train will consume over 20 percent of CNG, covering 81 kilometer distance in about two hours on Rewari-Rohtak section.
"We have flagged off two trains - one from Rewari to Bikaner and another from Rewari to Rohtak. We will start more such trains," added Verma.
Plans to run Train on Solar & Wind power!
Prabhu also emphasised on the use of alternative fuels in train operations, including use of solar and wind power. prabhu said in inauguration function held for new CNG Train..
read more......