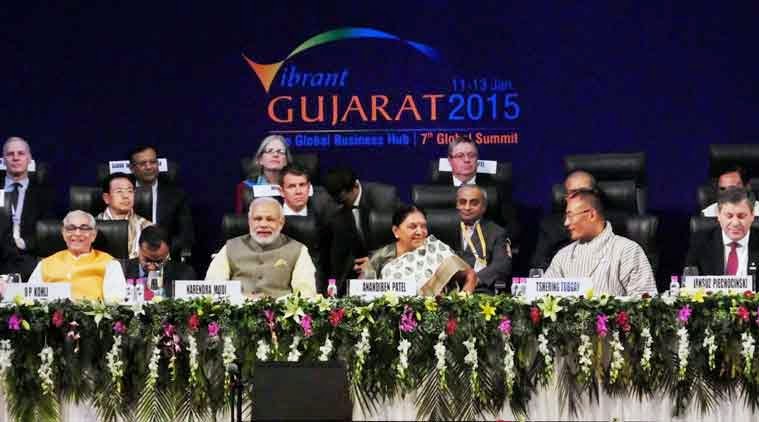 Modi told business delegations and visitors from over an 100 countries that India was the ideal place to invest because of low-cost manufacturing, a high quality workforce, and a young population. He also promised to create favourable conditions for setting up businesses with ease in the country. Reliance Industries Chairman Mukesh Ambani on Sunday announced Rs 100,000 crore (Rs 1 trillion) investment across businesses in the next 12-18 months and said India was on the path to become the world's fastest growing economy.
The investments will be in expanding petrochemical production capacity as well as in launch the much-awaited 4G broadband services while contributing to Make in India and Digital India initiatives.
Secretary of State John Kerry Said! 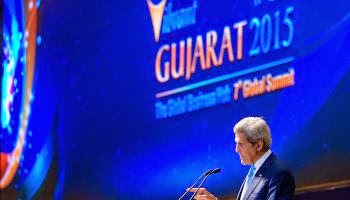 BarackObama is "very excited" that he will be the first United States President to be honoured as the chief guest at India's Republic Day celebrations, Secretary of State John Kerry said on Sunday.
Speaking at the 7th Vibrant Gujarat Summit in Gandhinagar, he said, "President Obama is very excited and particularly pleased with the fact that he will be the first US president to be honoured as the chief guest on Republic Day commemoration."
Prime Minister Narendra Modi had invited the US president to be the chief guest at this year's Republic Day celebrations on January 26. Obama accepted the invitation in signs of expanding ties between the two nations.
The 2015 edition of the Vibrant Gujarat summit is all about ‘globalising’ the event and taking it into a higher orbit with the help of the eight partner countries who have co-sponsored the event, said Saurabh Patel, who is in-charge of the summit.


“The Vibrant Gujarat summit is the Davos of the East. We want it to be as famous as Davos," said Patel. The summit, organised by the state, has been controversial in the past for many reasons.
read more......
Posted by Unknown at 03:09