Now In Jammu & Kashmir, Mr Modi is Finding option to form Government in state. According to BJP they want to form government & develop state But as usual all other parties joining hands together against mr Modi & BJP to stop them.... or putting some unwanted conditions, so that BJP self go out from government formation race. 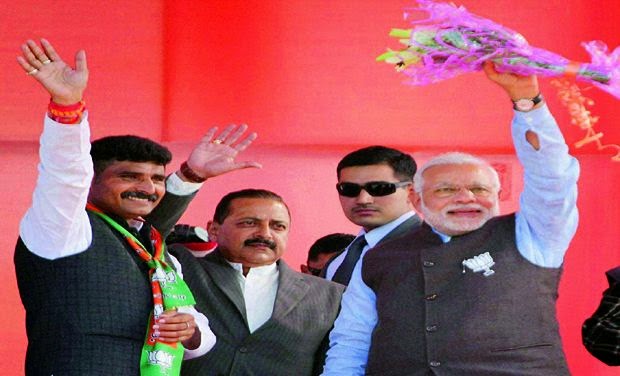 The same is with Peoples Democratic Party (PDP) on Saturday set tough conditions for the Bharatiya Janata Party for the formation of the new government in Jammu and Kashmir, declaring that its stand against revocation of Art 370 was "non-negotiable".
Indicating that the PDP, with the highest tally of 28 followed by the BJP with 25, may find it hard to do business, it also said it remained committed to the revocation of the controversial ArmedForces Special Powers Act.  That is unlikely to be acceptable to the BJP.
With Governor N N Vohra setting a deadline of January 1 for the PDP and BJP to come up with proposals for government formation, behind-the-scenes contacts among the principal players including the National Conference and the Congress intensified.
For the record, PDP said that "all options are open and that no decision has been taken yet" but there were reports that it was facing stiff opposition from a substantial chunk of its newly-elected MLAs to any tie up with the BJP. 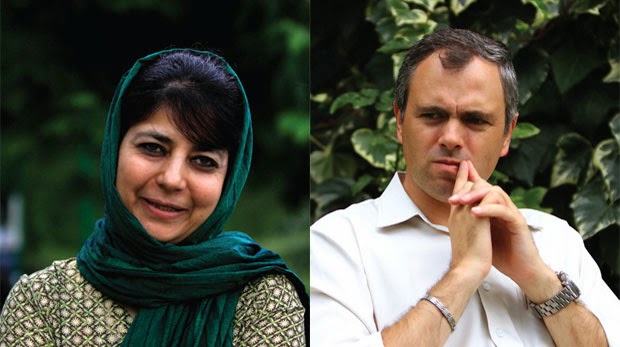 PDP's alternative option is to accept the support of the Congress which has 12 MLAs and the NC, which has 15 in the 87-member assembly. It is in touch with both the parties as it wrestles with the dilemma of joining hands with the BJP. 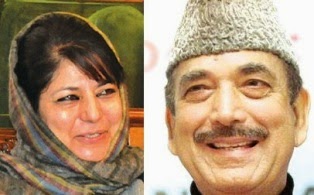 The BJP maintained that it would be involved in government formation.  "We have a crucial mandate in Jammu and Kashmir. We will be involved in government formation.  Talks are going on.  Let us see what happens," party General Secretary Ram Madhav said in New Delhi.
He said somehow they wanted to find a way to form a stable government.  Things were at a very early stage and no conditions are being discussed. "The best combination will be a stable government in the state. We will explore what will be the best combination. Hesitation, if at all, is there on both sides. The BJP has a very important mandate in the state and has secured the highest number of votes and second highest number of seats.”


NC President and the outgoing Chief Minister Omar Abdullah, having verbally announced support to the PDP, left for London on Saturday afternoon to be with his parents, who have undergone surgeries.  He is expected to be back only after the New Year.
read more.........
Posted by Unknown at 08:54