Volleyball player, Becomes the Most hated man in Pakistan after Peshawar attack ......

DERA ISMAIL KHAN!  Volly ball player  Becomes the most hated man in Pakistan is a 36-year-old father of three. 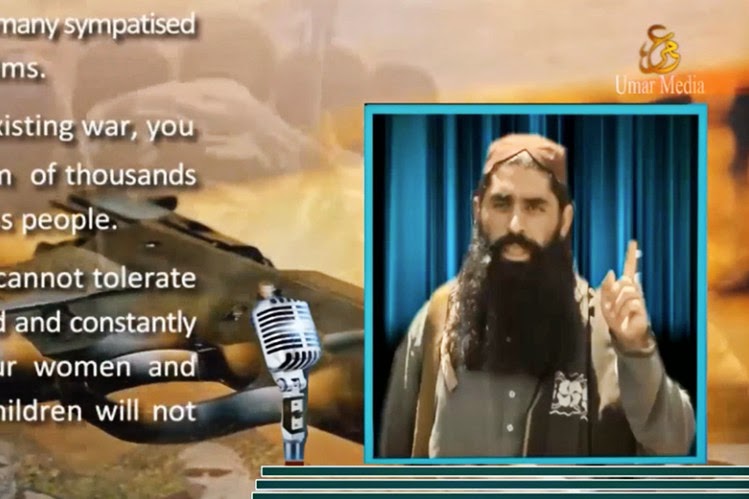 His real name is Umar Mansoor and the Pakistani Taliban say he masterminded this week's massacre of 132 children and nine staff at a school in Peshawar - the deadliest militant attack in Pakistan's history. A video posted on Thursday on a website used by the Taliban shows a man with a luxuriant chest-length beard, holding an admonishing finger aloft as he seeks to justify the Dec. 16 attack. The caption identified him as Umar Mansoor.
"If our women and children die as martyrs, your children will not escape," he said. "We will fight against you in such a style that you attack us and we will take revenge on innocents." The Taliban say the attack, in which gunmen wearing suicide-bomb vests executed children, was retaliation for a military offensive carried out by the Pakistani army. They accuse the military of carrying out extrajudicial killings.
The accusation is not new. Many courts have heard cases where men disappeared from the custody of security services. Some bodies have been found later, hands bound behind the back and shot in the head, or dismembered and stuffed into sacks. Some security officials say privately the courts are so corrupt and afraid, it is almost impossible to convict militants.
"You risk your life to catch terrorists and the courts always release them," said one official. "If you kill them then they don't come back."
The country is so inured to violence that the discovery of such bodies barely rates a paragraph in a local newspaper. Despite this, the school attack shocked a nation where traditionally, women and children are protected, even in war. Six Pakistani Taliban interviewed by Reuters confirmed the mastermind was Mansoor. Four of them said he is close to Mullah Fazlullah, the embattled leader of the fractious group who ordered assassins to kill schoolgirl activist Malala Yousafzai.
"He strictly follows the principles of jihad," one said. "He is strict in principles, but very kind to his juniors. He is popular among the juniors because of his bravery and boldness."
Mansoor got a high school education in the capital, Islamabad, two Taliban members said, and later studied in a madrassa, a religious school. "Umar Mansoor had a tough mind from a very young age, he was always in fights with other boys," said one Taliban member.
Mansoor has two brothers and spent some time working in the city of Karachi as a labourer before joining the Taliban soon after it was formed, in late 2007, said one commander. His nickname is "nary," a word in the Pashto language meaning "slim", and he is the father of two daughters and a son, said another commanders.
"(Mansoor) likes to play volleyball," said one of the Taliban members. "He is a good volleyball player. Wherever he shifts his office, he puts a volleyball net up." 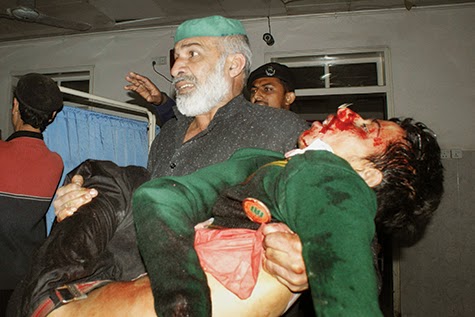 The Taliban video describes him as the "amir", or leader, of Peshawar and nearby Darra Adam Khel. Mansoor deeply opposes talks with the government, the commanders said.


"He was very strict from the start when he joined," a commander said. "He left many commanders behind if they had a soft corner for the government."
read more......
Posted by Unknown at 07:14