Taliban attacked a military-run school in Peshawar on Tuesday,killing 124 kids among 132 dead, 245 injured, because they wanted revenge for the Pakistanimilitary. 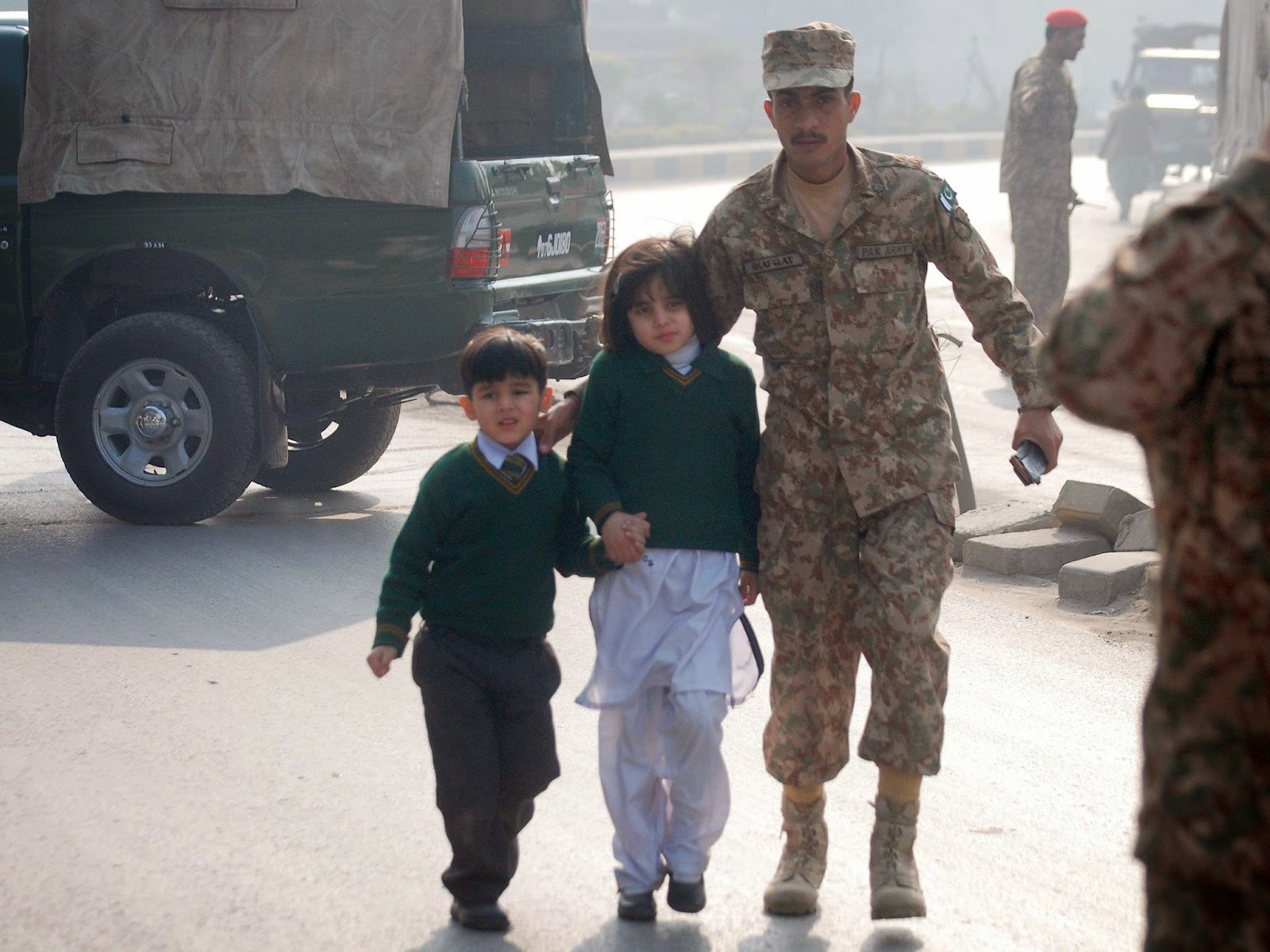 Pakistan Prime Minister Nawaz Sharif has left for Peshawar to supervise operation. According to Reuters, Pakistan Taliban has said,"We targeted school because army targets our families, we want them to feel our pain."

Police says the gunmen entered the school on Tuesday morning. He says army commandos quickly arrived at the scene and exchanged fire with the gunmen. Military officials at the scene said at least six armed men had entered the military-run Army Public School. 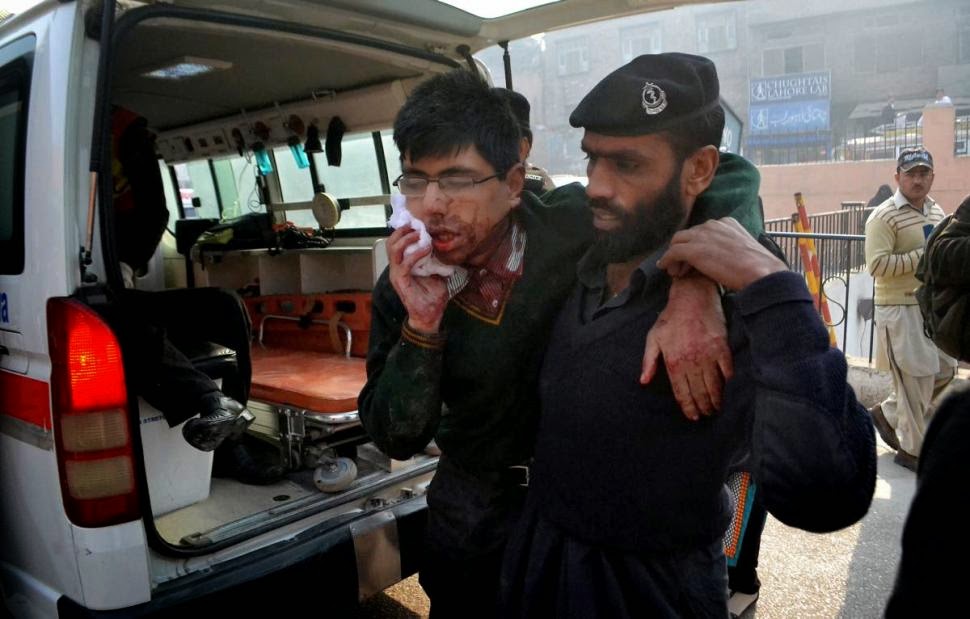 An eye Witness says, "We were standing outside the school and firing suddenly started and there was chaos everywhere and the screams of children and teachers," After half an hour of the attack, the army came and sealed the school.

A School Teacher says "We were in the examination hall when the attack took place," he said. "Now the army men are clearing the classes one by one."

Taliban spokesman Muhammad Umar Khorasani told Reuters his group was responsible for the attack.
"Our suicide bombers have entered the school, to target the army personnel," It's a revenge attack for the army offensive in North Waziristan," he said, referring to an anti-Taliban military offensive that began in June.

A 13 year girl who played dead only survivor in class :
Shireen Khalid Wadud told the media that her friend's 13-year-old daughter was at the school in Peshawar when the gunmen burst in. "She pretended to be dead," she said. "When the gunmen left the class, she ran and managed to escape. She was the only person who could escape from the class... She is wounded in her leg, but fortunately it is not serious. She is in hospital. She is very panicked and she is frightened." 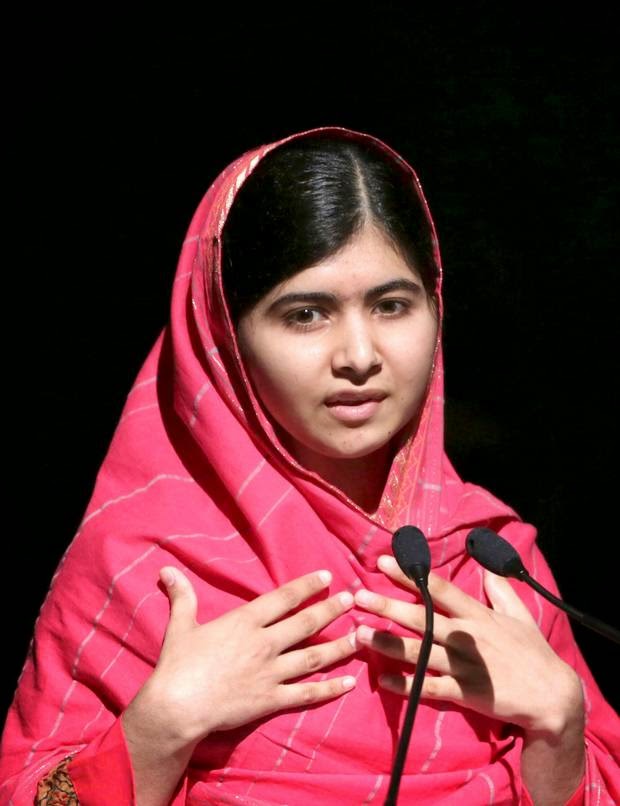 Malala Tweeted : Malala Yousafzai's statement: "I am heartbroken by this senseless and cold blooded act of terror in Peshawar that is unfolding before us. Innocent children in their school have no place in horror such as this.

"I condemn these atrocious and cowardly acts and stand united with the government and armed forces of Pakistan whose efforts so far to address this horrific event are commendable.

"I, along with millions of others around the world, mourn these children, my brothers and sisters - but we will never be defeated." 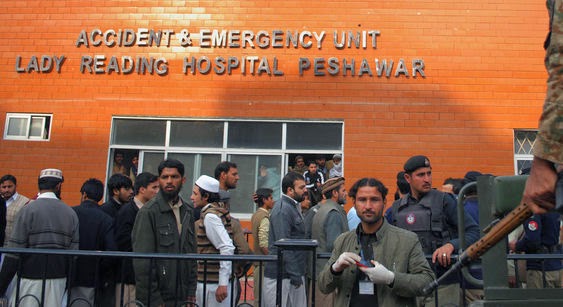 Eleven staff members rescued :  Eleven more staff members of the Army Public School including four women teachers and seven male staff have been rescued by commandos, according to a tweet by DG ISPR General Asim Bajwa.